Today we have had a fun Music Day where we focused on Benjamin Britten. Britten wrote all kinds of music but is especially known for his operas.

At the beginning of the day, we looked at two images and thought about how these could be portrayed through percussion instruments. We practised creating sounds using various instruments and then focused on one instrument, experimenting with the different sounds that could be made from this. We discussed the fact that some notes are played longer than others and used instruments to show this.

We then learnt about the man himself and focused on the piece of music ‘Storm Interlude’. We listened again to one section and practised recreating this individually with one instrument. We listened to another section of the composition and discussed this in depth as class. In groups we chose instruments that we thought were needed to best re-perform this section and then how we would play our instruments as a group composition. We then practised and performed in groups to the whole class.

In addition to this, Year 6 children practiced using their instruments as part of a group to bring the images to life. They used percussion instruments sensibly and showed good control and accuracy whilst performing to the rest of the class.

For the second task, Year 6 composed lyrics to the music to describe the movements of ‘Storm’ by Benjamin Britton. They worked as a group to create a song and then performed in front of Year 4 and 5. We were so proud of their performances!

In the afternoon, Year 4/5 thought about how music is composed and created and how the use of ICT can help us to do this. We talked about how some musicians use ICT tools to create their songs and soundtracks. After this discussion, we worked in groups of three and used a iPad to create our own piece of music based on Benjamin Britten’s piece we had learnt about previously. We used a website called ‘BeepBox’ to create our music. This involved lots of trial and error and careful listening to see how the piece could be improved or changed. We had to think carefully about how to make these changes using the tools in the software for effect. To finish our lesson, we took it in turns to play our piece to the rest of the class who listened and gave feedback to each group. 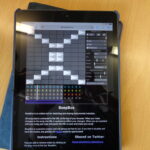 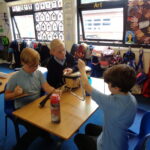 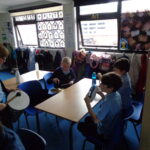 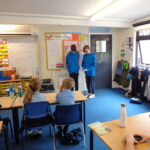 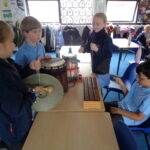 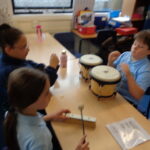 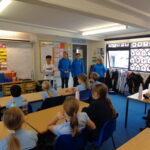 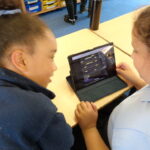 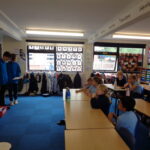 There are no upcoming events.

This website uses cookies to improve your experience while you navigate through the website. Out of these, the cookies that are categorized as necessary are stored on your browser as they are essential for the working of basic functionalities of the website. We also use third-party cookies that help us analyze and understand how you use this website. These cookies will be stored in your browser only with your consent. You also have the option to opt-out of these cookies. But opting out of some of these cookies may affect your browsing experience.
Necessary Always Enabled
Necessary cookies are absolutely essential for the website to function properly. These cookies ensure basic functionalities and security features of the website, anonymously.
Functional
Functional cookies help to perform certain functionalities like sharing the content of the website on social media platforms, collect feedbacks, and other third-party features.
Performance
Performance cookies are used to understand and analyze the key performance indexes of the website which helps in delivering a better user experience for the visitors.
Analytics
Analytical cookies are used to understand how visitors interact with the website. These cookies help provide information on metrics the number of visitors, bounce rate, traffic source, etc.
Advertisement
Advertisement cookies are used to provide visitors with relevant ads and marketing campaigns. These cookies track visitors across websites and collect information to provide customized ads.
Others
Other uncategorized cookies are those that are being analyzed and have not been classified into a category as yet.
SAVE & ACCEPT